We lost our beloved Mandy early last Wednesday morning. Below is what started out as a one paragraph obituary for Mandy and turned into an essay in tribute to her. It felt good to write it; brought back a lot of really good memories.

Thank you so much for all the work you do and for matching me with Mandy in the first place. You DO have a knack!

With many thanks, Mandy’s Mom

Our beloved Mandy died February 23, 2011 sometime between 1:45 a.m. and 2:45 a.m. She was one month and one day short of being 17 years old. Mandy had a great life and gave joy to all those around her. Many children are not afraid of dogs because she was the first dog they knew. She loved to chase balls and swim, and she really, really loved bread; she also liked ice cream. She had other interesting food preferences including beet juice, asparagus stalks and tomato sauce. Maybe that’s why she always had a beautiful coat of fur.

She lived in at least 3 states in 5 locations – four of which were rentals and once or twice, she even got us the place! She traveled all over having been on road trips and vacations to Kentucky, Maine, Cape Cod, Maryland, and upstate New York. She had been camping in the Adirondacks (where, fortunately, she survived going in after a stick at the top of a waterfall!) and to a bed and breakfast in the Catskills. She had been in a row boat and a canoe (although she tended to want to get out and into the water, therefore “rocking the boat”.)

Mandy was featured on Labrador Retriever Rescue Inc.’s calendar two different years, one year in October and one year in May! One of her calendar photos was taken in the Adirondacks when she picked up a really big stick (as in a tree branch) while swimming in the river. She was a member of LRR’s Loyal Order of Labs for rescued labs 7 years and older - at her age, she could have been a member twice. Before her passing, she was the oldest living LRR rescued dog. She passed her Canine Good Behavior test with no training for the test, not surprising to those of you who remember how well she followed commands in her younger days.

She had many health issues, but she was always game for fetch or something fun until almost the very end; and she never, ever complained. Last summer she still had the will to chase the ball but her legs couldn’t always get her there. She was not a big fan of other dogs – odd for a lab – but she learned to tolerate them in her initial forays into Stockley Gardens in Norfolk, Virginia, and she loved her cousin and best friend Simon the Bichon Frise. (Funny, she never used to get in the garbage until she met Simon. I think she learned to do it for him. Then there was the year they ate all of the green cornflake Christmas wreath treats while we were at Christmas Eve mass making for festive poop on Christmas Day!) She did seem to like, or at least not bother, cats.

She was the only dog of a single woman when she came home initially and very attached to her (when she and her Mom moved from Virginia to New York, she kept her paw on Mom’s leg during the whole drive, just to be sure of her; she would stop playing ball with Dad if Mom drove away in the car; she once tried to swim upstream against a strong current to reach Mom even though swimming to the bank where Dad was standing would have been much easier and faster; then there was her first time at her Dad’s mother’s house when she busted the screen door trying to get inside where her Mom had gone for a minute); but she fell in love with Dad, and once he and her Mom got married, she was just as much (more?) his dog.

He played ball with her all the time, fed her all of her favorite foods and more and more new and interesting concoctions to keep her eating in her older years (he will miss having someone to share the leftovers), and shared chips and salsa with her as a before-dinner appetizer almost every night. Most of all Dad made sure she came with us almost everywhere we went (including Dad riding between two car seats in the back seat of a Honda Accord so Mandy could sit in front and come too). Our most recent car purchase centered around fitting Mandy comfortably.

She adapted well when her two-legged siblings were born when she was 14 years old – pacing the house in concern during the middle of the night feedings, and eventually tolerating them wanting to pet and follow her saying “Doggy, Doggy” when they became mobile. “Doggy” was one of both the kids’ first words. We are so glad they got to meet and experience her.

A friend once told me she did not want to read the very funny book Marley and Me because the ending would be too sad “because all dog books end the same way”. This is too true, but we had Mandy for what seemed like an almost extra life time. I remember thinking once early on that she would be my best dog forever, but then I realized I would probably only have her for 9 or 10 years, and I had her for 13½, and all the sadness now is so worth all the joy that came before it and that will come with memories of her. And, of course, she will always be my best dog forever.

She is survived by her loving family. We loved Mandy (but she loved us more) and will miss her.

P.S. I never thought I would miss the dog hair, but I already do. If it is gone, she is only here in spirit. 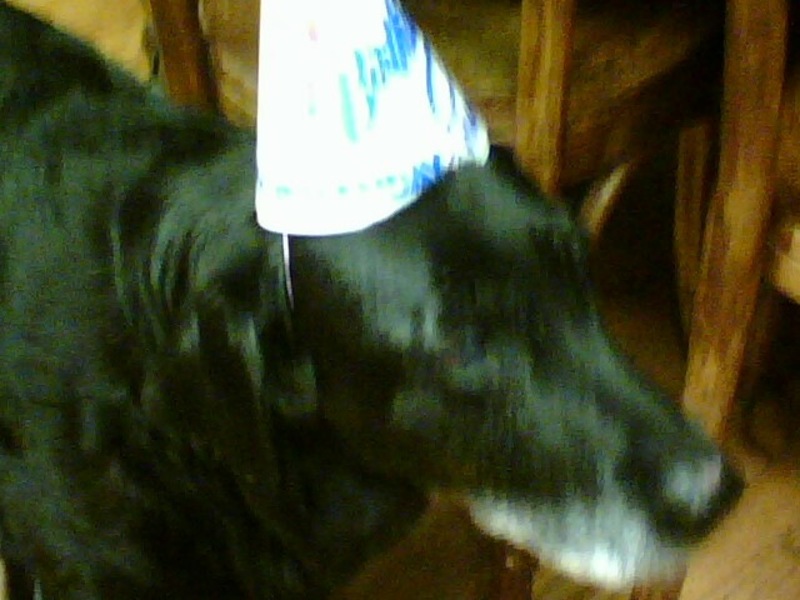